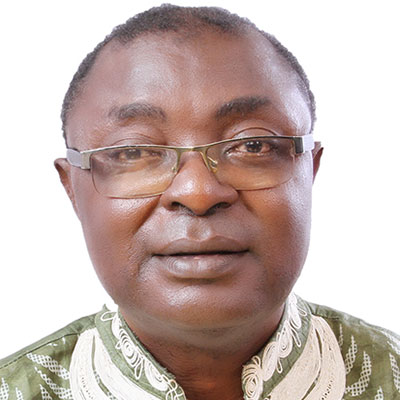 Mr. Patrice Nkwelle has 28 years professional experience in public health program management. He joined the International Eye Foundation in 1991 as the Onchocerciasis Program Administrator, part of the first-ever ivermectin (trade name Mectizan®) mass distribution program in the DJA & LOBO Division of Cameroon when the drug became available for human use. The project, funded by USAID, was implemented between 1991 and 1994 and led by Cameroon’s Ministry of Public Health, Tulane University/USA, and the International Eye Foundation (IEF).

In 1998, Mr. Nkwelle was appointed Project Advisor/Country Director of IEF in Cameroon. He has played a critical role in training, monitoring, and evaluation in Cameroon as well as in Chad, Central Africa Republic, Burundi, Rwanda, Burkina Faso, Equatorial Guinee, and Nigeria on behalf of the World Health Organization’s African Programme for Onchocerciasis Control (WHO/APOC). Mr. Nkwelle led the expansion of IEF’s program in 2014 to include treatment for Neglected Tropical Diseases including distribution of Mectizan for onchocerciasis with support from Helen Keller International.

Mr. Nkwelle is a dedicated professional, public health leader and mentor. He is a member of the National Onchocerciasis Task Force (NOTF), and is the National President of the Coalition of NGDOs Fighting Onchocerciasis in Cameroon. He has received numerous awards for excellence in programming from the Ministry of Public Health.