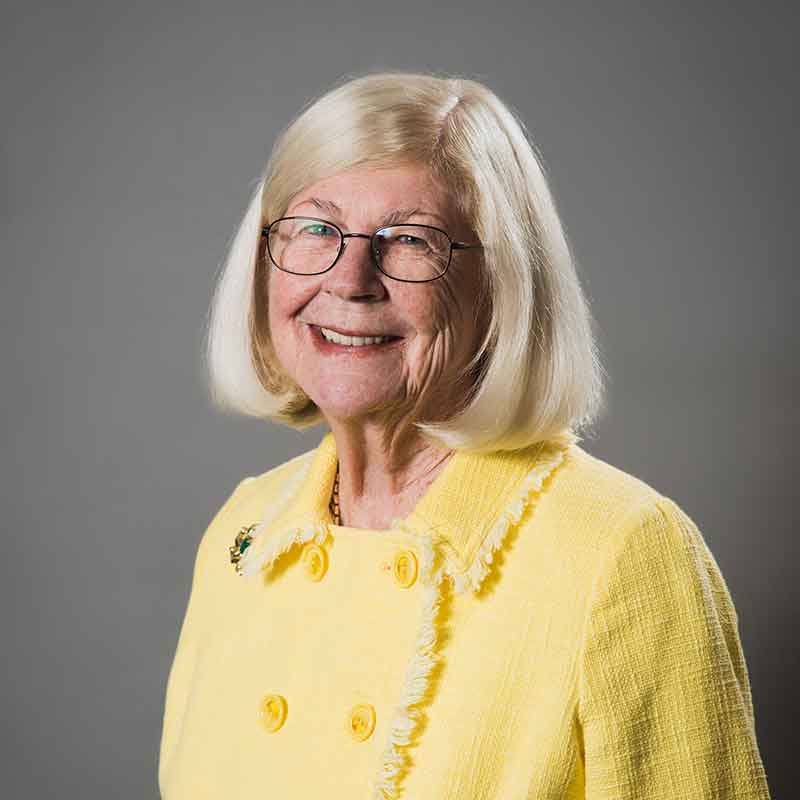 Ms. Pierce began her information technology career with Ford Aerospace where she worked on the design and implementation of a backbone data communications network. She was later employed by the RCA Corporation in the area of communications product development.

Ms. Pierce joined DSA as a System Design Analyst for a large-scale data switching system. She was promoted to chief engineer and overall technical manager, and then became the Program Manager.

A recipient of numerous awards, the Women Presidents’ Organization recognized Fran in the ranking of the 50 Fastest Growing Women-Owned/Led Companies in 2018. Fran received the 2018 Vistage Lifetime Achievement Award for the Philadelphia Region, and she was a CEOReport Mid-Atlantic Women’s Leadership awardee.  She was chosen as one of Philadelphia Business Journal’s Most Admired CEOs in 2017. In 2014, she was the recipient of the Women's Fund of New Jersey Award for Outstanding Achievement in the Field of Technology and received the Iris Newman Award, as recognition of a woman who exhibits a trailblazing spirit in her respective field and who provides strong leadership and support in the entrepreneurial community. Fran was also awarded New Jersey Tech Council’s 2014 CEO of the Year – Private Company Award that recognizes a CEO who demonstrated vision and leadership over several years and has shown an ability to lead and inspire the organization to a new level of growth.

Fran was a winner in the Philadelphia SmartCEO Circle of Excellence in the category of Minority-Run Companies, and received Strengthening the Mid-Atlantic Region for Tomorrow (SMART)’s Women’s S&T Leadership award in 2013. Philadelphia SmartCEO100 selected Fran as a leader in the 2012 Best-Run Companies program. SmartCEO Magazine honored Ms. Pierce with a Brava! Women in Business Achievement Award, recognizing her as one of Greater Philadelphia’s most influential female leaders in 2010.  Fran was selected as a 2006 Pennsylvania Best 50 Women in Business award winner based on her dedication to business growth, professional and personal accomplishments, community involvement, and advocacy for women in business.

Fran was a finalist for the Technology Council of Maryland’s 2004 Executive of the Year Award, a unique recognition by the high technology community. In 2003, Fran was selected as a Woman of Distinction by the Philadelphia Business Journal and the National Association of Women Business Owners.  This award is based on commitment to professional excellence and community involvement.

Fran is serving her fifth term on the Board of Directors of The International Eye Foundation.  She currently serves on the Finance Committee. Fran serves on the Rowan University Dean of Engineering's Advisory Council since 2007 and as an Advisory Board Member on the Neumann University Center for Leadership.

A past Associate Director of the Armed Forces Communications and Electronics Association (AFCEA), Fran served as president for its Philadelphia Chapter and headed the chapter’s efforts to award scholarships to deserving young candidates pursuing a career in communications and security. For her efforts, she received the AFCEA Educational Foundation Award.

Fran co-chaired the National Association of Computer Consultant Businesses (NACCB) annual conference in Los Angeles.  She is a founding member of The Open Door Education Foundation, the NACCB's not-for-profit, charitable arm whose mission is to help talented young people with limited financial resources receive the training and skills necessary to keep the United States in the technological lead.